Day one excitement! The first read of Alan Ayckbourne’s TAKING STEPS elicited a significant amount of laughter – a sign of fun rehearsal room times to come! The actors already have an essence of their characters and a strong grasp on the English accents. After the read, Anna Gardiner presented the highly anticipated design… Ayckbourne stipulates that although the play is set in a large three-storey Victorian manor house, the action should all take place on the one level. How then has Anna tackled this challenge for the small unique Ensemble theatre venue? I’m not going to give too much away, but it’s very clever and obviously the product of much deliberating and trial and error. Can’t wait to see it put into action.

The afternoon was spent doing another read and discussing the play. Director Mark Kilmurry opened up the conversation by asking the cast: What do you think the play is about? It was hard to summarise this in one sentence, but here are some of the thoughts from the actors and Mark himself:

The play explores communication issues; the adherence and devotion to unspoken rules of manners, and what happens when that goes beyond being helpful in any way. The characters are very tied up with being decent, doing the ‘right’ or proper thing, according to social mores of England in that time, and often this causes more trouble than they bargained for. One of my favourite moments in the play is when in a particularly awkward situation, the character Mark (played by Simon London) demands that someone must leave the room:

Mark: Well then, may I suggest if you want to discuss it, it might be better if you left the room.

Elizabeth: Then how can I discuss it?

Mark: Well then, Mr Watson should leave the room.

Elizabeth: What’s the point of that?

Mark: Well, somebody’s got to leave the room, for heaven’s sake. This is very embarrassing.

Ayckbourne is merciless with humanity. Very dark thematically, even suicidal. The comedy in his work often comes out of the awfulness of the situations and demands to be played for truth rather than hamming it up.

In this play the women are seeking freedom, breaking away from a feeling of being trapped. And the men are equally unhappy.  Yet comedy comes out of the high stakes, absurd circumstances and unique staging. It is an investigation of the comic and tragic.

All the characters are self-absorbed. They are each on the brink of taking steps – in one direction or another. Each character has a strong objective but has a roundabout way of getting there.

All the relationships on stage are fractured in some way and to varying degrees, but amidst this, the two most isolated characters find each other and realise they speak the same language.

Aside from the wonderful design components, the play itself doesn’t have huge amounts of period or location specific references to look up in the text – just a few cocktail recipes which will need to be thoroughly researched! Black Velvet, Sweet Martini and Bloody Mary’s are mentioned in the play, and some are consumed. As well as, rather a lot of whiskey.

The play resonates with the sexual moray of the 1070s, class relationships and attitudes.

It is a farce (apparently the only play of Ayckbourne which he acknowledges as a farce), yet it can’t be played for laughs. It’s like “an English Chekhov” said Mark Kilmurry.

Lots to ponder as we delve into rehearsals…. 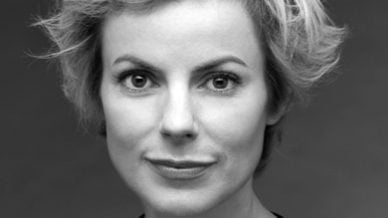