A LETTER FOR MOLLY

Home | Discover | Meet the cast: A LETTER FOR MOLLY

Meet the cast: A LETTER FOR MOLLY

Hitting our stage from Monday, Gumbaynggirr playwright and actor Brittanie Shipway’s new play A LETTER FOR MOLLY is a beautiful celebration of culture that explores the importance of identity and the emotional power of a mother-daughter relationship.

Directed by Ursula Yovich, recipient of the 2021 Ensemble Theatre Sandra Bates Director’s Award, and with a brilliant team of actors and creatives to bring this vibrant story to the stage, we can’t wait for the world premiere!

With some wonderful new faces at Ensemble, get to know the cast of A LETTER FOR MOLLY!

In respect of Gumbayngirr culture, cast are listed in order of elder status. 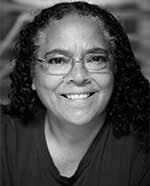 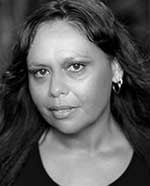 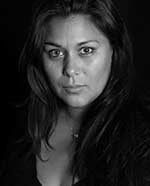 Nazaree Dickerson (she/her/ they) is a Wardandi Bibbulman Noongar/Burmese person from Boorloo (Perth), W.A. Currently based on Gunditjmara country
in regional Victoria Naz is an actor, writer and director who champions First Nations and LGBTIQ voices. For the past few years Naz has worked as a Creative Associate at Ilbijerri Theatre Company. With a career spanning over 26 years, she has worked with numerous theatre companies including Yirra Yaakin, JUTE theatre in Cairns and No Strings Attached. Naz started writing in 2020 with two commissioned works CRUMBS and NGARNGK; GIVER OF LIFE which debuted at Yirramboi Festival 2021. 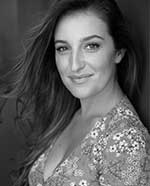 A graduate from NIDA, Brittanie is a singer, actor, and storyteller. After studying acting in New York, Brittanie returned home to pursue her passion for new Australian work. This has seen her workshop many original theatre projects, most notably MURIEL’S WEDDING and EVIE MAY. Some acting credits include the Arbiter in CHESS, Kay in THE SAPPHIRES, Fanny Brice in FUNNY GIRL, and various roles in Sport For Jove’s OTHELLO and ROSE RIOT. As a creative, Brittanie has written for ABC Radio National’s short stories, Little Yarns and articles for SBS. A resident writer for Theatre Works, her play SENSER will debut later in 2022. Currently, Brittanie is developing her Gumbaynggirr musical YELLOW ROCK which has already received the APRA AMCOS Award of the year, as well as the Koori Grant from Create NSW. 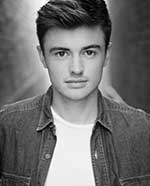 Joel Granger most notably appeared in the Australian/ NZ tour of THE BOOK OF MORMON as Elder McKinley, for which he received a Helpmann Award nomination. Other theatre credits include Pippin/Charlemagne understudy in PIPPIN for GFO, Arpad in SHE LOVES ME (Sydney Theatre Award nomination) and Baldwin in CRY-BABY for Hayes Theatre Co., Harry Beaton in The Production Company’s BRIGADOON, Tobias in SWEENEY TODD for NZ Opera, Warren in ORDINARY DAYS for Pursued by Bear (Green Room Award nomination), Zacky Price in BIG FISH: THE MUSICAL, Tom in THE GATHERING for VTC, and Bride in TITANIC for StageArt. Television credits include TRUE STORY WITH HAMISH AND ANDY and PLEASE LIKE ME for ABC. Joel is a 2015 WAAPA graduate and was a 2018 finalist for the Rob Guest Endowment.

Playing 9 May – 4 Jun, don’t miss this vibrant celebration of culture.