We’re all searching for a bit of happiness in life, but do we know what happiness really means? That’s the burning questions in David Williamson’s 2013 play HAPPINESS. 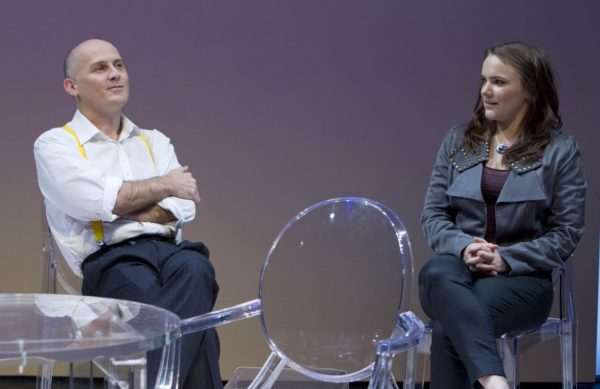 Roland thinks he knows the key to happiness. A psychologist specialising in the study of human wellbeing, he has no problem lecturing his students on the theories of what makes people happy – but has every problem bringing his own teachings into his family’s home. His wife Hanna, between sips of expensive Chardonnay, can’t stop complaining about their lack of a harbourside penthouse while his daughter Zelda, an environemntal reporter for a Murdoch newspaper, is cripplingly lonely and being bullied at work. When Roland suggests some game-changing strategies to Zelda that could be used to combat her unhappiness, they learn that achieving happiness may not be as black and white as first thought… 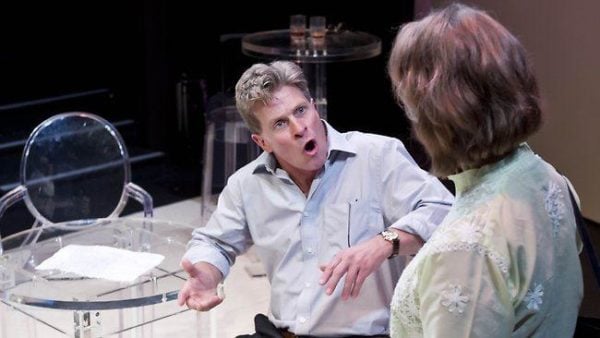 On a set designed by Brian Nickless, his “efficient use of television screens displaying icons such as Sydney Harbour and street signs cleverly establishes a strong sense of place” (ArtsHub) as the action travelled from location to location in Sydney.

With plenty of zingy one-liners and trademark Williamson style family drama, this smart comedy about the burdens of modern living asked us big questions about why we are so seemingly dissatisfied with life when a lot of us have never had it so good.