MURDER ON THE WIRELESS

Home | Shows | Past Productions | 2019 Season | MURDER ON THE WIRELESS

Set in a 1950s studio in the heyday of the radio play, tune in for an evening of suspense and intrigue and witness the world’s greatest detectives at their sleuthing best with atmospheric sound effects created before your very eyes.

Adjust the dial, tune in for an evening of suspense and intrigue and witness the world’s greatest detectives at their sleuthing best. Incomparable duo Holmes and Watson team up to avert disaster at the hands of THE SOLITARY CYCLIST, while Divorced Detectives Ridley Jones and Teresa Scott are embroiled in a mad train chase to thwart a criminal mastermind in THE DEAD(LY) WIVES CLUB.

Set in a 1950s studio in the heyday of the radio play, marvel as atmospheric sound effects are created before your very eyes from galloping horses’ hooves to distant thunder… and a menacing squeaky bicycle.

Hold on tight as MURDER ON THE WIRELESS transports you through time and space and into the magic, mayhem and delicious comedy of the radio drama with multi-skilled performers Katie Fitchett (FRANKENSTEIN), Mark Kilmurry (EDUCATING RITA), Daniel Mitchell (BAREFOOT IN THE PARK) and Georgie Parker (BAREFOOT IN THE PARK).

★★★★"Performed with vigour and verve... an enjoyable mystery jaunt... a pleasure to watch" Time Out

"Everything about this production is smart... a triumph" Theatre Travels

"The cast of four are splendid... The two plays dovetail neatly in a delightful evocation of the heyday of the radio play" ArtsHub

“Live radio on the stage is a theatrical gold mine. Tapping into a great story of Sherlock Holmes and writing a new detective duo I am thrilled to work alongside this great cast recreating the magic of 1950’s radio drama. And yes they really do use coconuts for horses hooves.”

Our downloadable program is filled to the brim with MURDER ON THE WIRELESS info! Check out Artistic Director Mark Kilmurry’s welcome note, synopsis, photos and more. 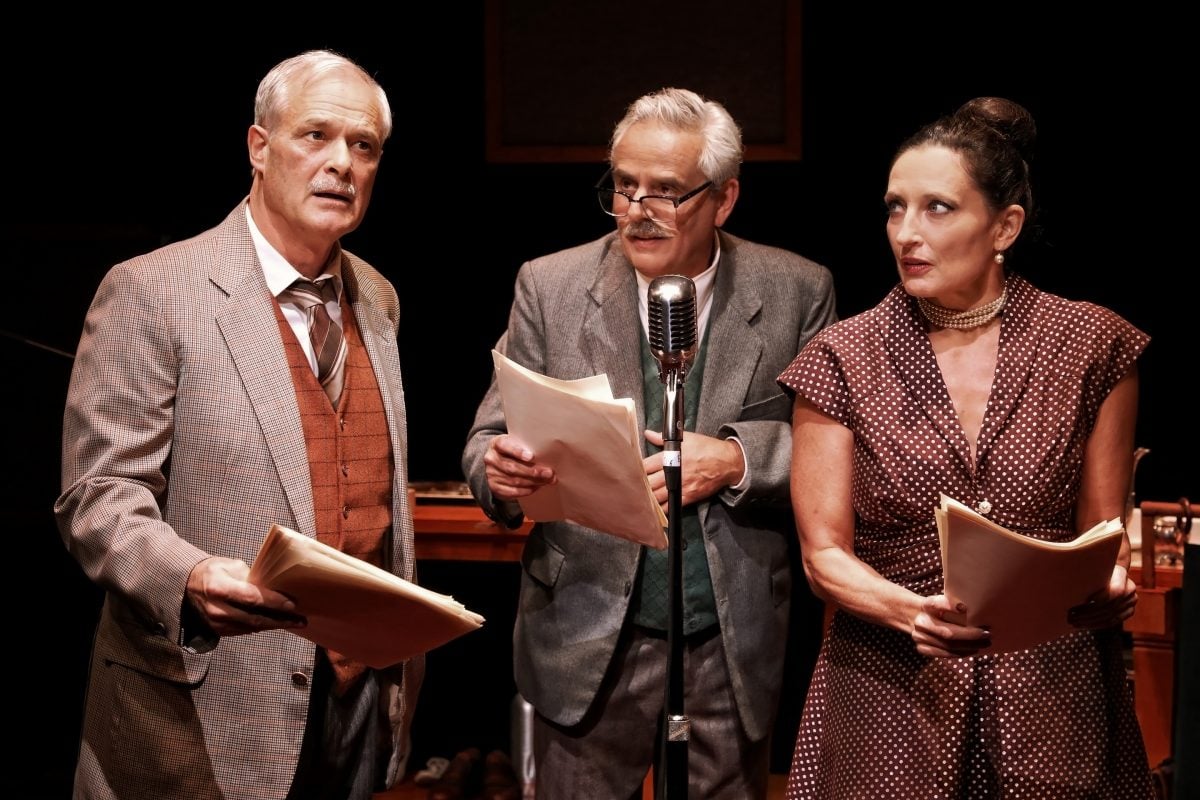 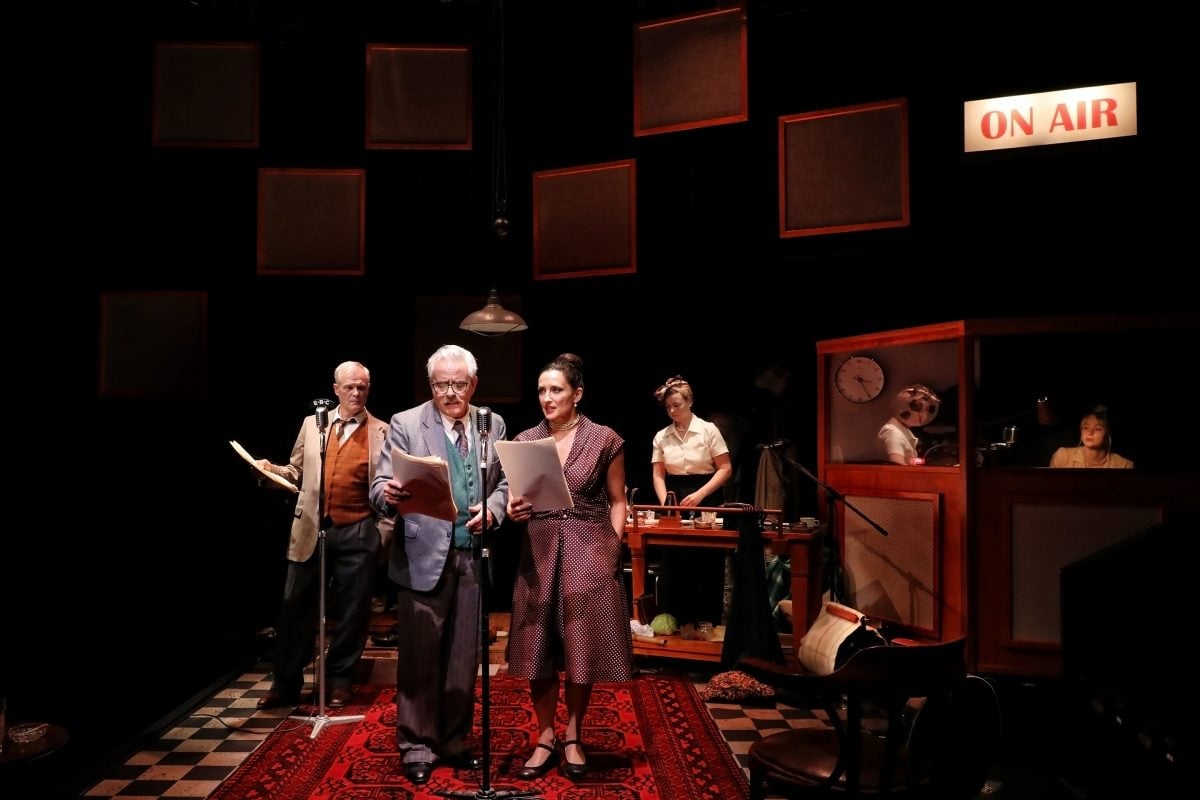 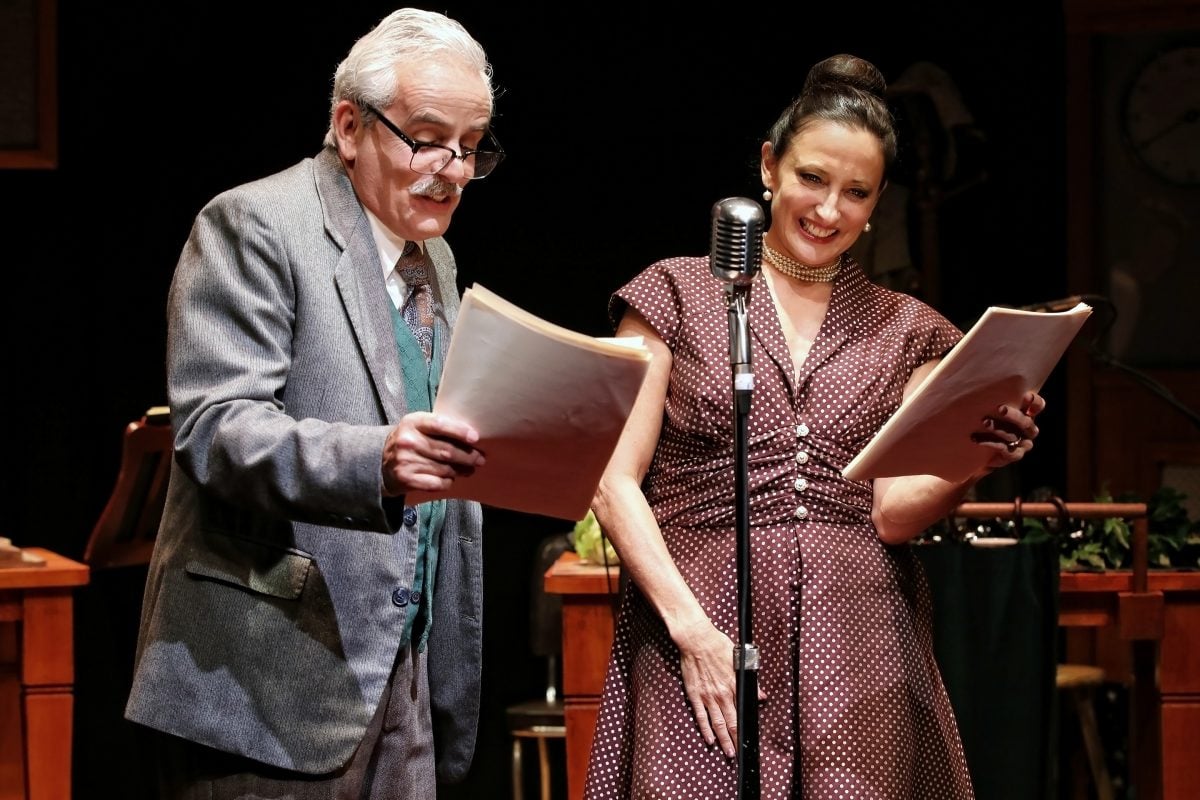 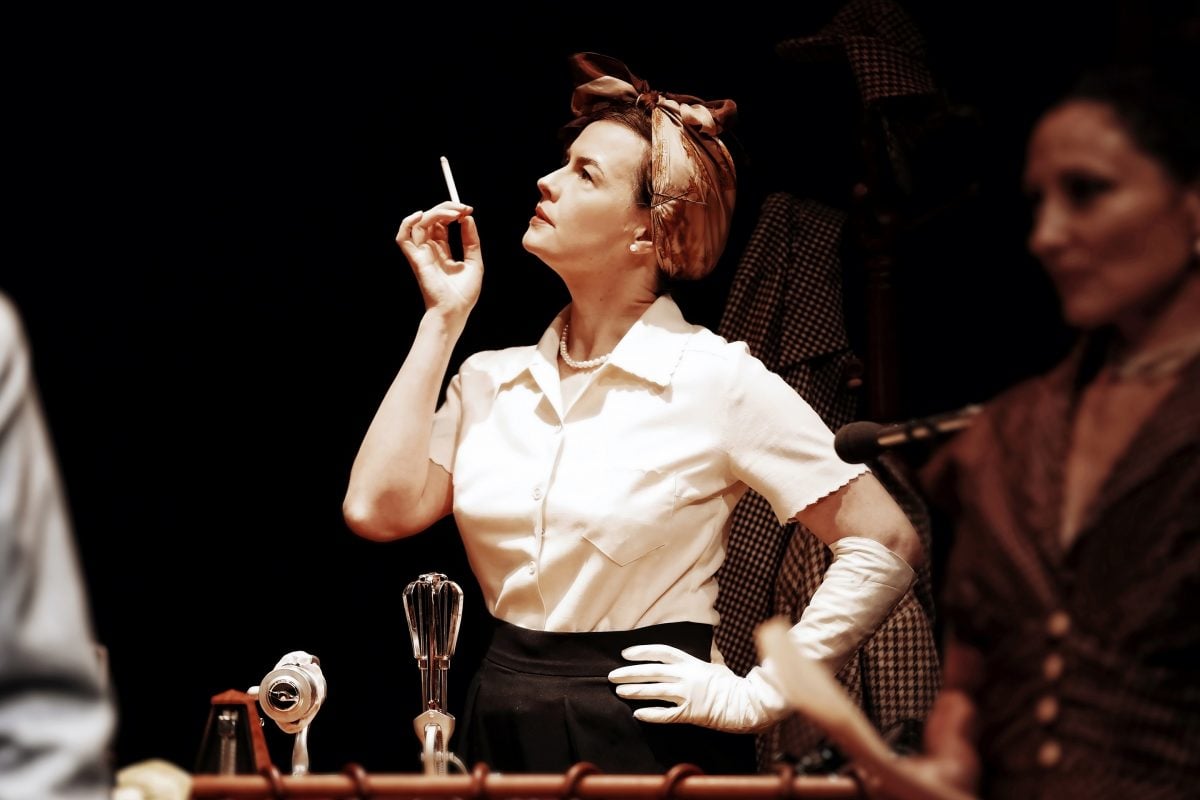 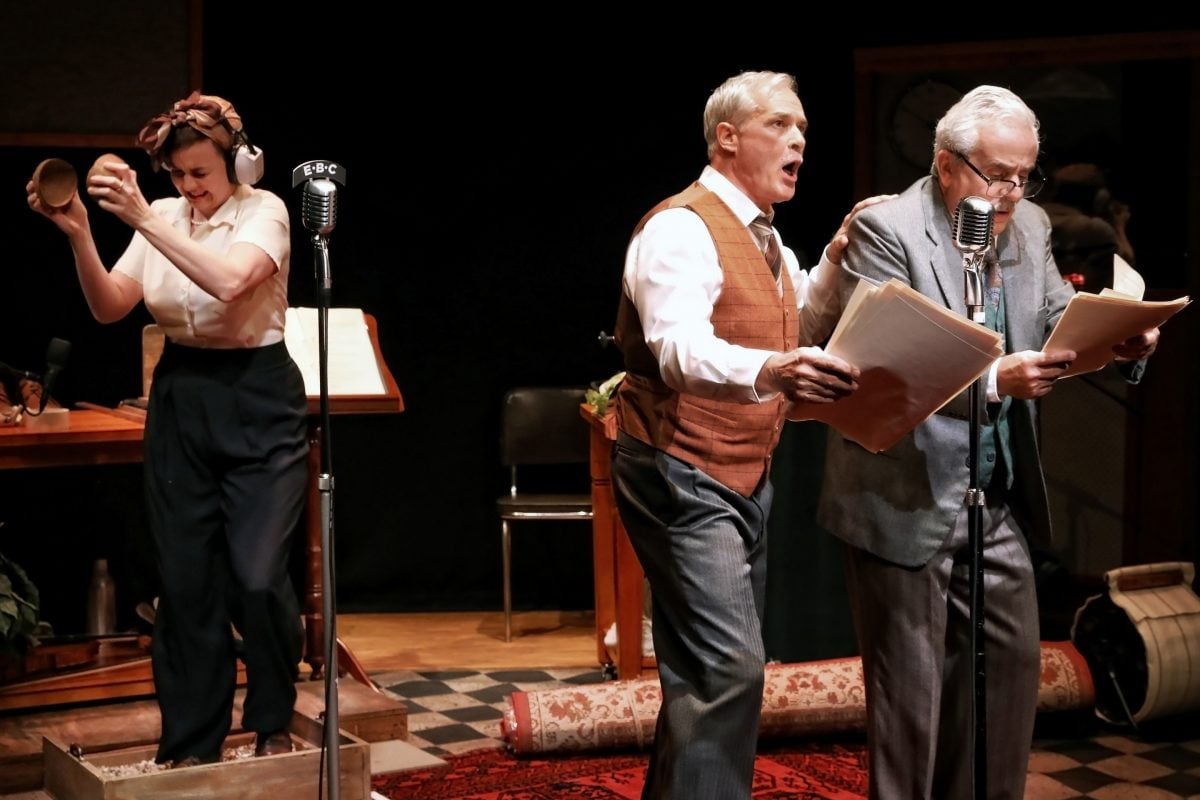 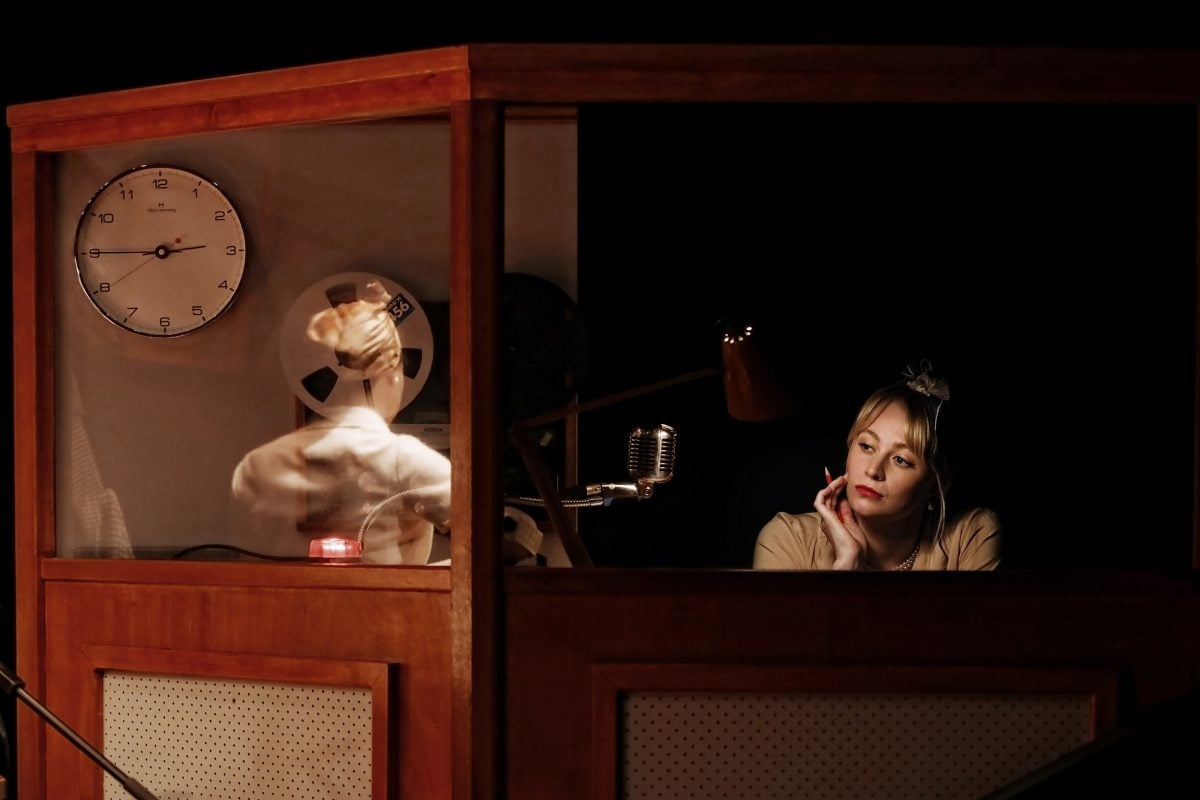 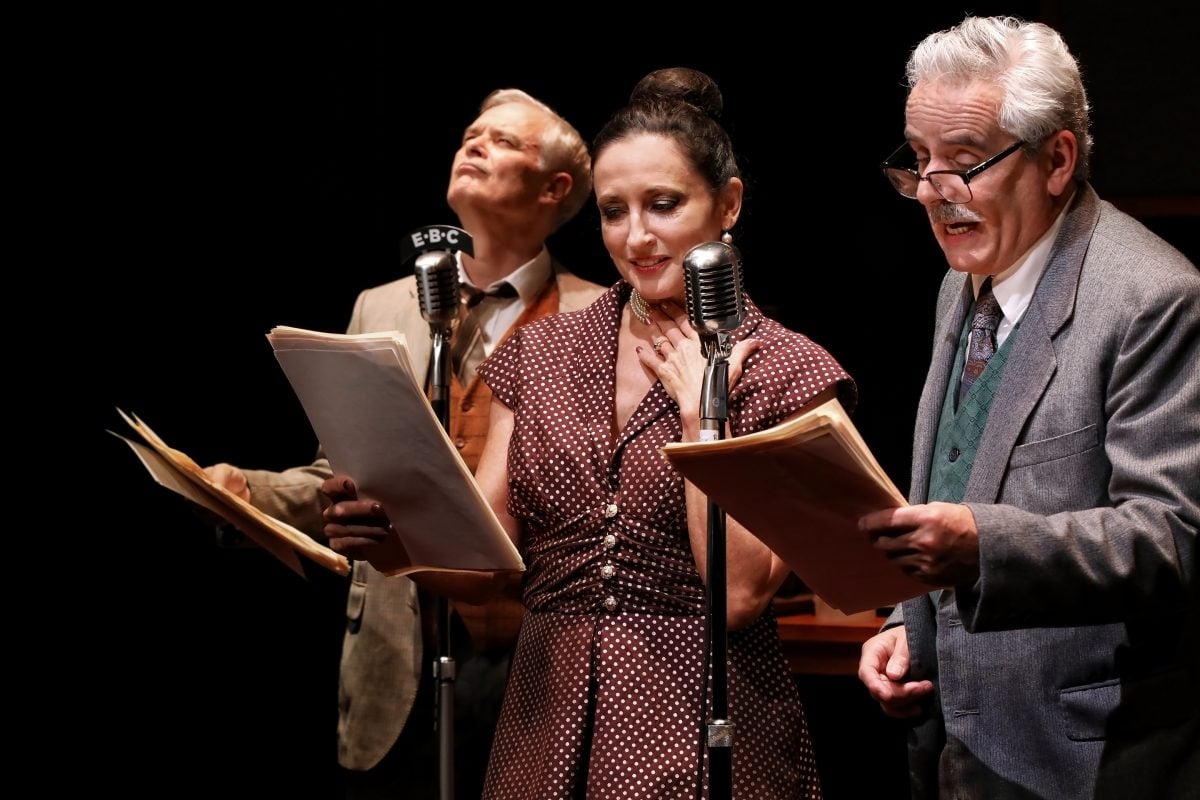 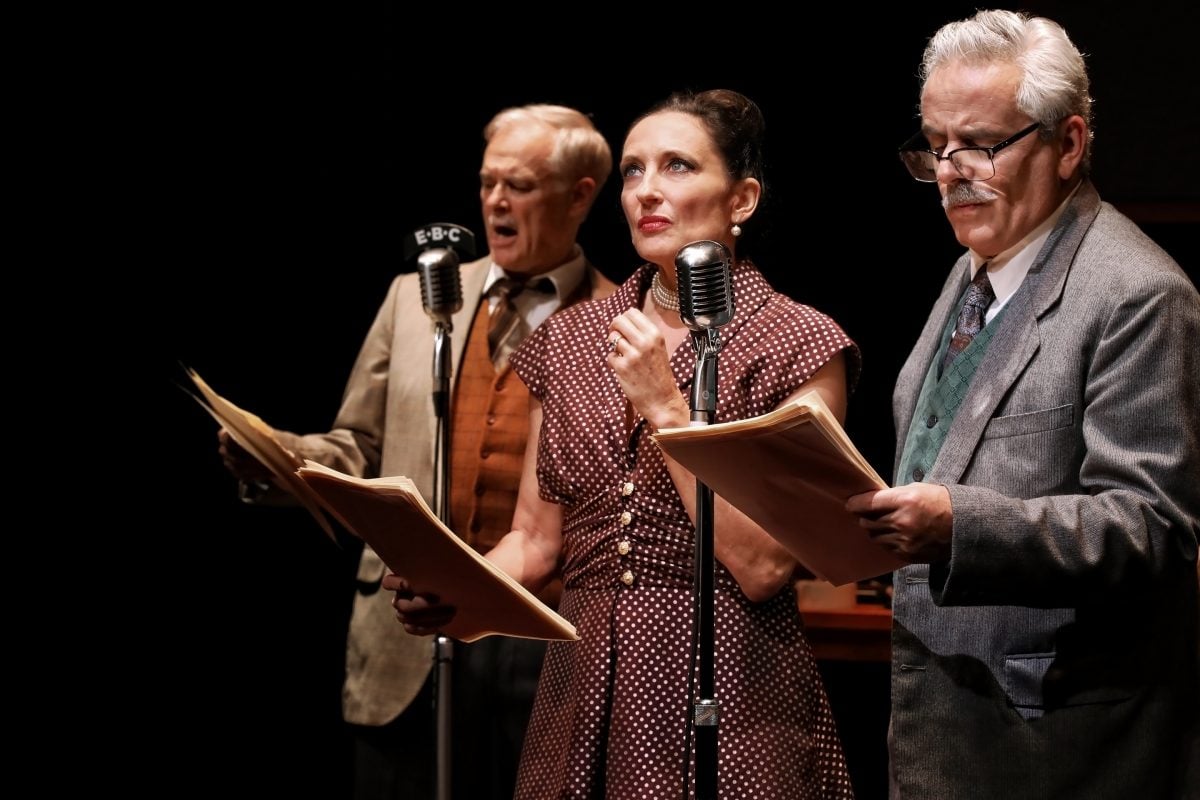 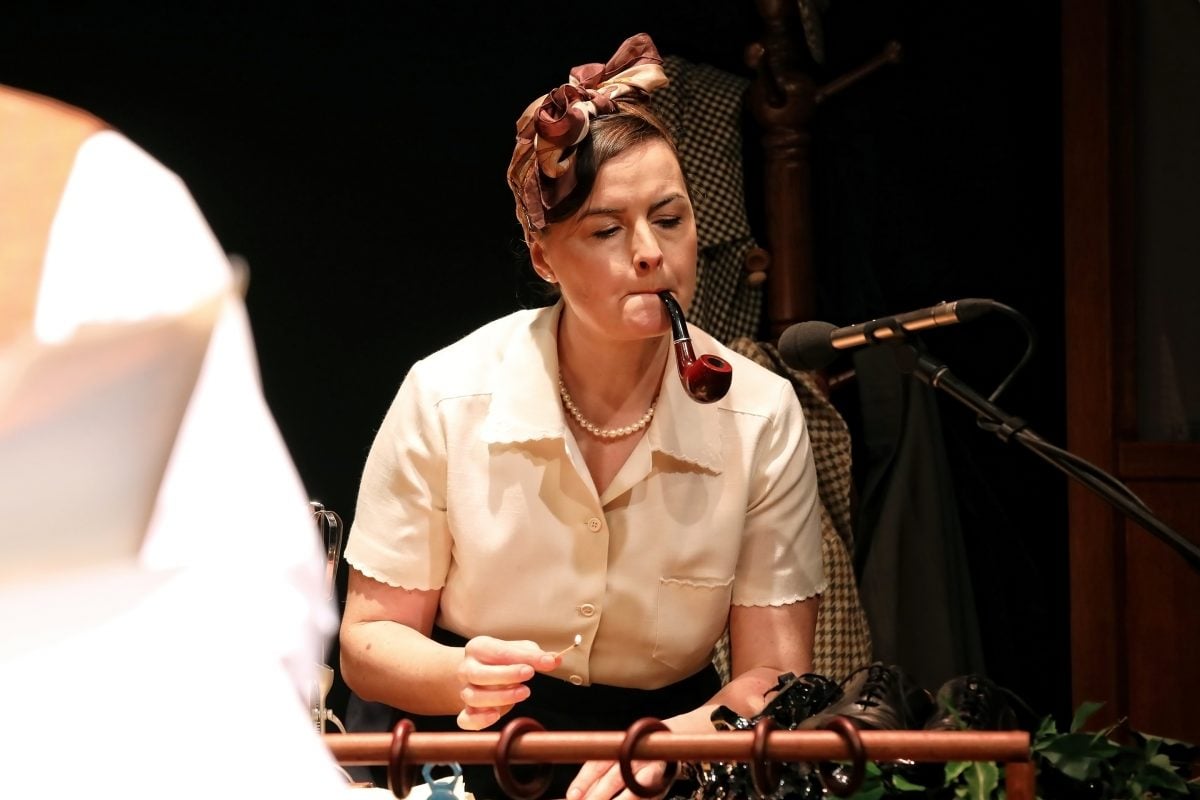 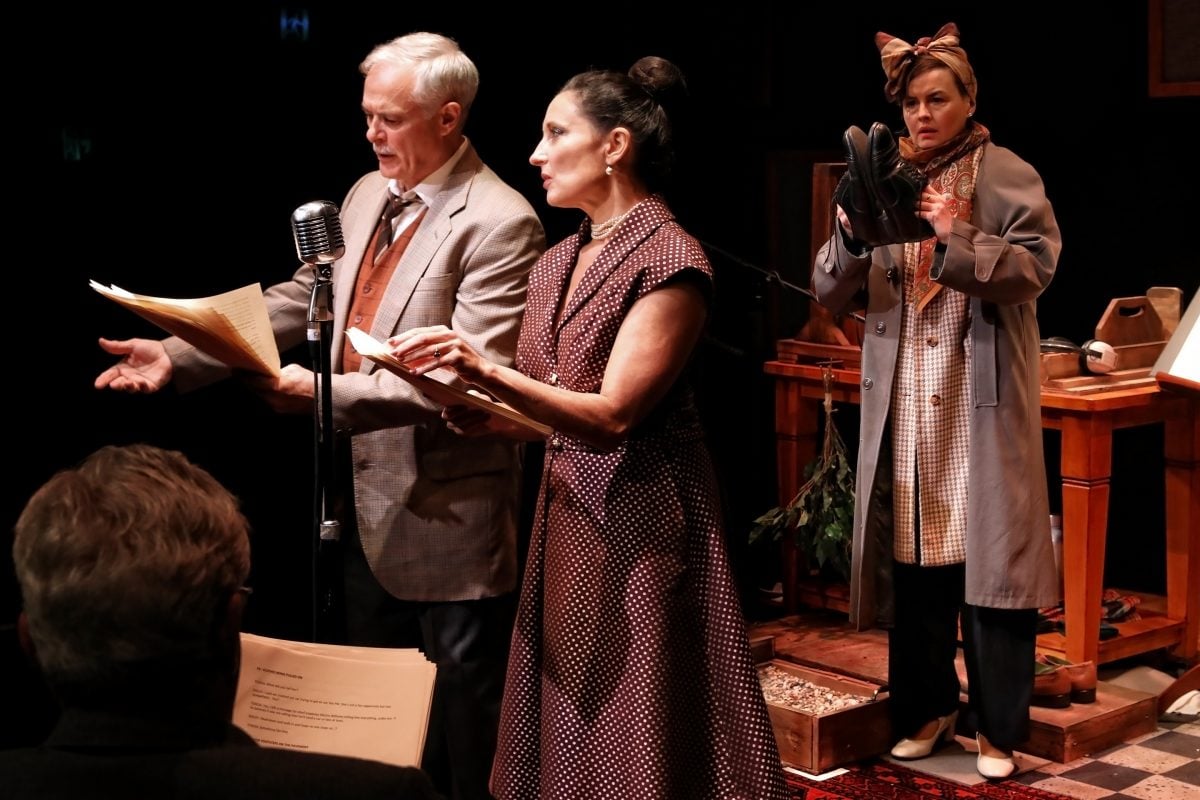 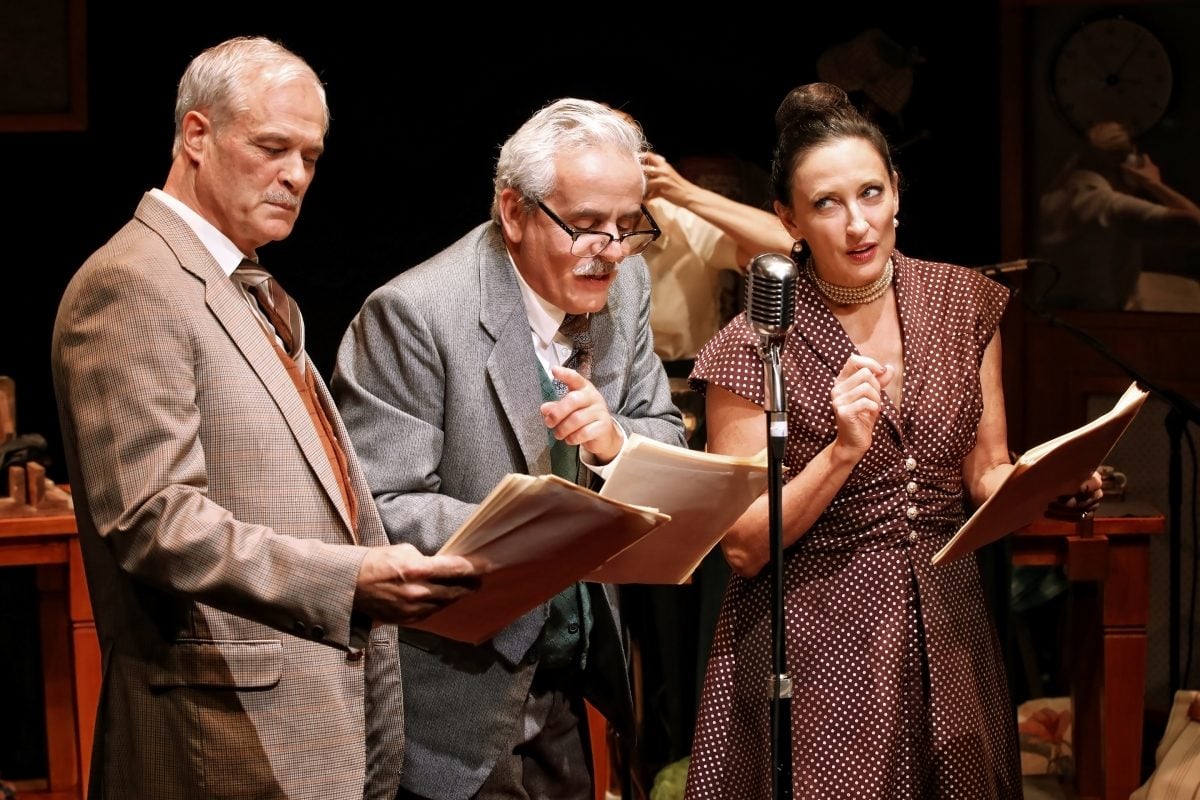 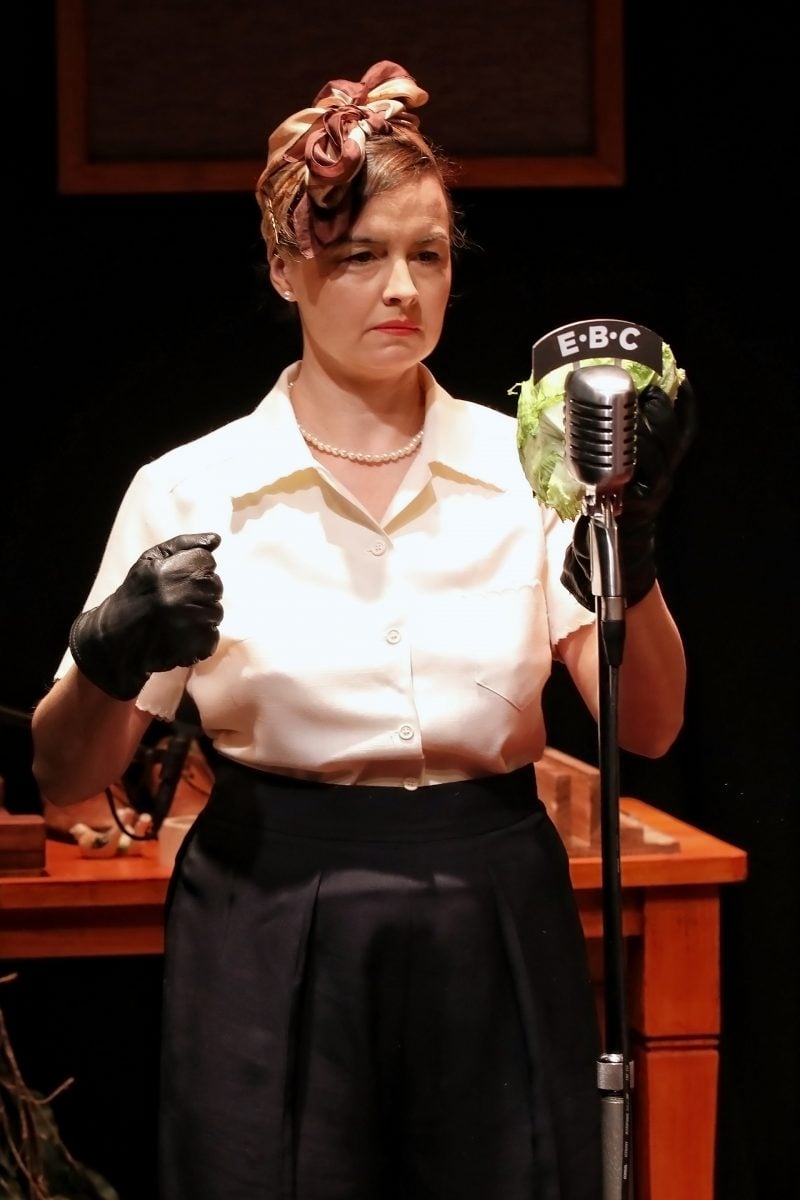 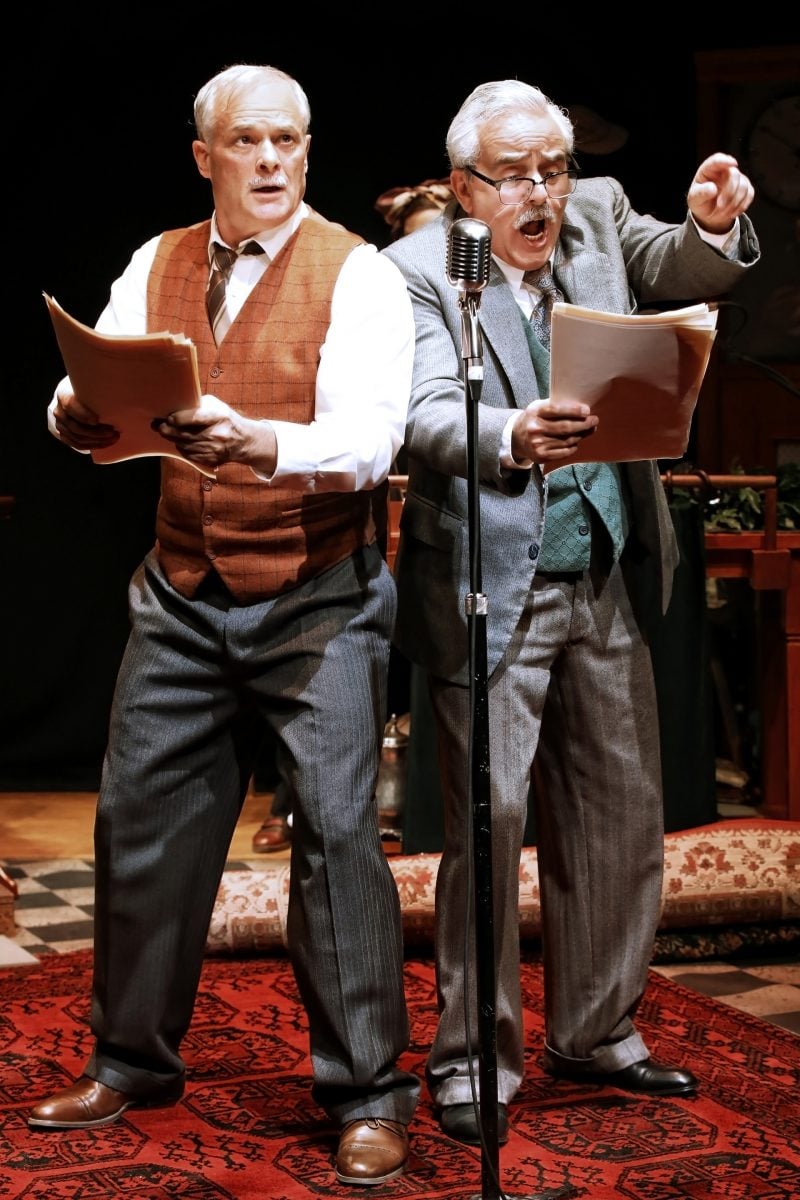 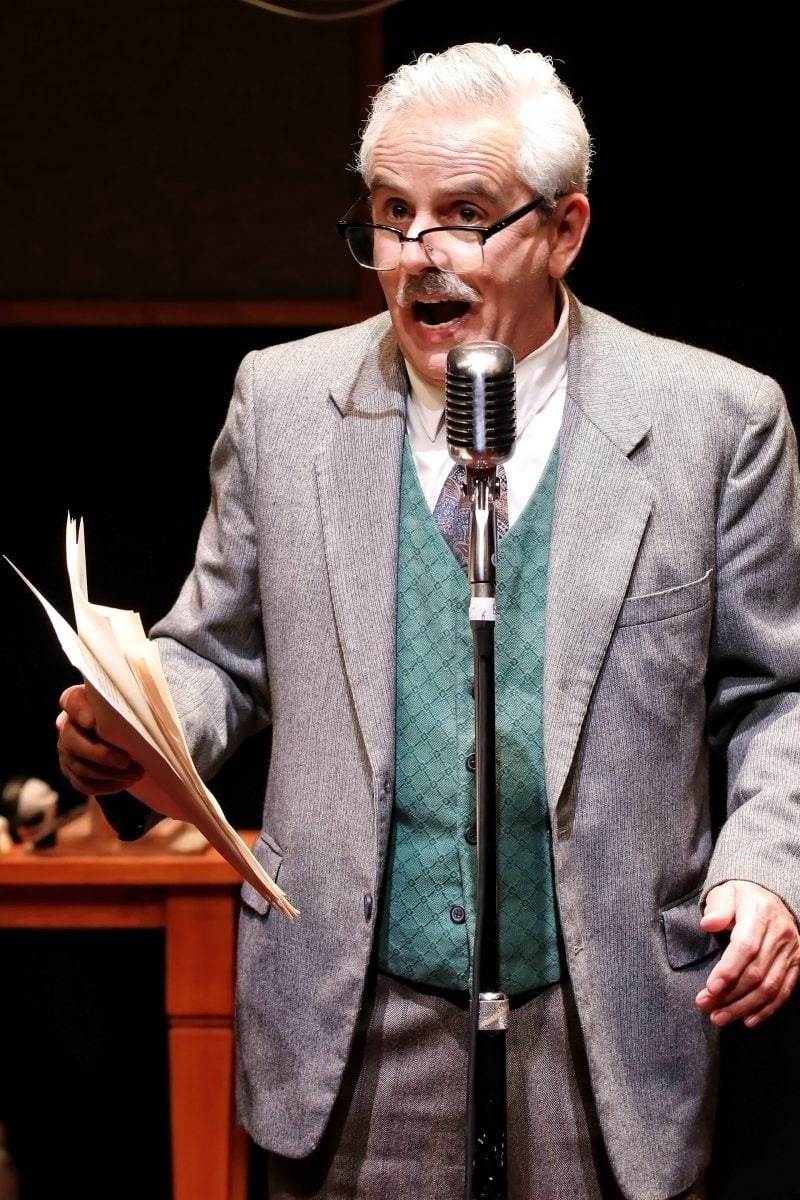 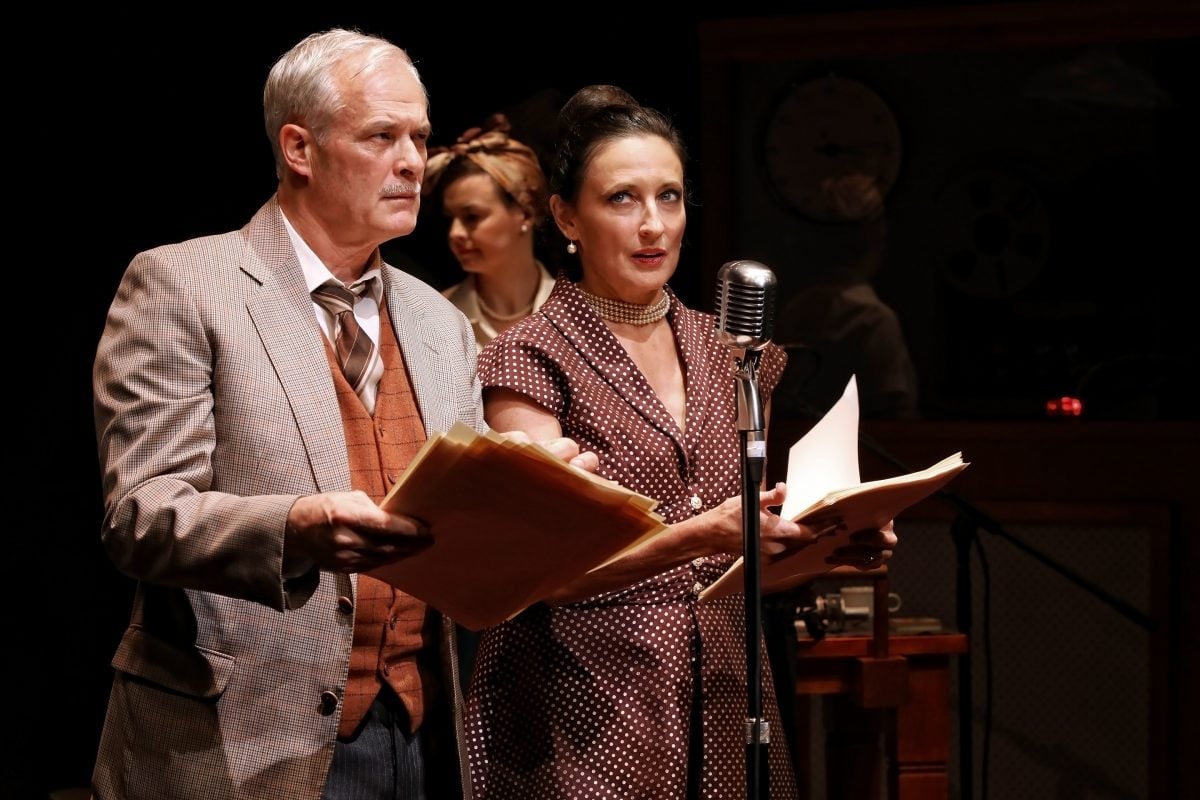