Helena Rubinstein’s towering makeup empire is under constant threat. Staving off cunning attacks from her rivals Elizabeth Arden and Revlon, she holds fast to the principles that got her to the top: thrift, ruthlessness and a take-no-prisoners steely resolve. But when she finds an unlikely confidante in personal assistant Patrick, it dawns on her that perhaps she isn’t such a hardened business woman after all.

In John Misto’s uproarious new play, Rubinstein’s astonishing career is charted from humble beginnings in country Victoria to the intoxicating heights of international success. It’s a match made in heaven as the glorious Amanda Muggleton returns to the Ensemble stage as one of the most terrifying yet oddly endearing icons of the makeup industry.

It’s rare for a new Australian play to have a London season before it’s even premiered in Australia. John Misto’s LIP SERVICE played a 5 week season at the Park Theatre in London from 26 April 2017, under the title MADAME RUBINSTEIN. Miriam Margolyes played the role of Helena Rubinstein in the London production. The season of MADAME RUBINSTEIN at London’s Park Theatre sold out before its first performance. Ensemble Theatre was the first theatre to acquire the rights to LIP SERVICE.

Prominent UK publishers, Bloomsbury Methuen Drama,published John Misto’s play, MADAME RUBINSTEIN, to coincide with its world premiere at Park Theatre, London. This is possibly the first time a new Australian play was published in the UK before it had a first performance anywhere. John Misto’s new play MADAME RUBINSTEIN (opening at Ensemble under its Australian title LIP SERVICE) has generated a lot of attention before its world premiere in London. England’s Sunday Express Review section asked John Misto to write the cover story on his latest play and here is the result.

“John Misto brings two legendary entrepreneurs to the stage. Lip Service is a battleground of sorts, between cosmetics queens Helena Rubinstein and Elizabeth Arden…. Muggleton is a hugely skilled player and her portrayal of Rubinstein is pugnaciously funny. Wilkinson is note perfect as Arden. They make for a pleasingly equal match in the chutzpah stakes and Misto has them sparring from the get-go.” Sydney Morning Herald

"Helena Rubinstein’s story made for a compelling bio drama. LIP SERVICE proved to be a good night’s entertainment. Amanda Muggleton and Linden Wilkinson...were just superb. Tim Draxl never missed a beat in his performance as Rubinstein’s aide Patrick. There is plenty of humour and wit to be savoured through the show. The dialogue is as swift as an arrow, and as sharp as tack- with many great one liners. Do yourself a great service and go and see this play." Sydney Arts Guide

“I first came across Misto’s deliciously naughty work at the Ensemble a couple of years ago…This time Misto turns his acerbic sarcasm to the life of cosmetics mogul Helena Rubinstein (Amanda Muggleton) and her renowned rivaly with Elizabeth Arden (Linden Wilkinson). Both actors are superb. The great lines fly thick and fast…but there’s also an element of pathos as Rubinstein reveals a softer, more vulnerable side… Draxl is the essential glue in this 3 hander. Do go see this Australian Premiere if you get the chance.” Oz Baby Boomers

“ Lip Service is a hilarious new play by John Misto. Tim Draxl plays Irishman Patrick O'Higgins like a sweet, naive ingenue. He has a physical humour and endearing helplessness reminiscent of male leads in classic 1950s sitcoms. Linden Wilkinson is cool, calculating and dry as an empty Martini glass in her portrayal of Elizabeth Arden. She imbues her movements and speech with a sense of strategic control. But undeniably, it's Amanda Muggleton's bold, garish, scene-chewing performance as Helena Rubinstein that adds the high gloss coating to Misto's gloriously, bitingly funny script. Muggleton embodies Rubinstein as if she were channelling the Polish faux princess, playing her with mischief and nonchalance that enhances her perfectly timed one-liners. The audience laughed appreciably at every joke, often to the point where actors had to pause. And yet, there were moments - albeit only a few - but moments of heart-wrenching poignancy; genuinely sad without forced sentimentalism; reminding us that these were all real people with real lives and real emotions beneath the powdered facade. The buzz will spread fast so get tickets soon - you might have to compete with people going back for seconds.” The Music

“At the Ensemble we have Amanda Muggleton playing Madame Rubinstein…it’s a performance I loved a lot. A performance of comic skill and emotional truth…breathtaking…glorious. Misto has the gift for comedy.” Kevin Jackson's Theatre Diary

"...It’s all pure joy for Amanda Muggleton who is clearly thrilled to be on the Ensemble stage, relaxing into her role with practiced ease. Her piercing eyes reach out at the audience, contacting and enveloping such that we draw close to her world…Amanda Muggleton is beautifully supported by Linden Wilkinson as Elizabeth Arden and Tim Draxl as Patrick O’Higgins. Linden Wilkinson brings her own stamp to Elizabeth Arden, fleshing out Misto’s beautiful writing to find another steely woman thriving on the spirited competition (laced with love, respect and genuine affection) between herself and Rubenstein. Tim Draxl calls forth a sweet naive charm in his portrayal of O’Higgins. Lip Service is a joyful night at the theatre that still manages to ask important questions that make it relevant today. It’s a delicious romp on the one hand, and a respectful homage on the other. It’s light and witty, but also long and detailed, encompassing as best it can in just over two hours, the extraordinary accomplishments of an extraordinary woman." Lisa Thatcher

“Misto appropriately eschews sentimentality in this biography of a very hard woman, crafting instead lines of dialogue that are relentless, and exquisite, in their bitchiness, for a show that proves itself tremendously funny by any standard. Amanda Muggleton plays Rubinstein with a great deal of diligence…every hilarious quip hits its mark, but there is also a definite soulfulness in her portrayal that has us endeared throughout. Also memorable are supporting actors, Tim Draxl as O’Higgins and Linden Wilkinson as Arden, both with comic ability and remarkable presences that ensure our satisfaction. …2 and a half hours of incessant laughter….” Suzy Goes See

“Muggleton finds the pathos and vulnerability beneath the carapace of the narcissistic autocrat and it’s genuninely moving and illuminating… It’s terrific to see Linden Wilkinson back on the stage…bringing a credibly spiky acidic quality to the mix. Patrick O’Higgins played with charm and conviction by Tim Draxl, provides a foil and alternate focal point for both women, and finally moments of poignancy… Muggleton, Wilkinson and Draxl are a tremendous trio and make the most of their every moment. ” Stagenoise

“Amanda Muggleton’s performance is as big as the continent. It’s almost glorious: she revels in Rubinstein’s accent, shoots off Yiddish insults with complete and fiery intention, and she stand with imperious expectation. She is the owner of the space. She fills it entirely” Timeout 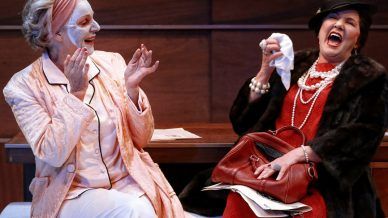 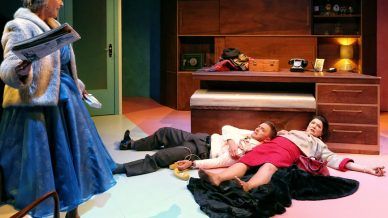 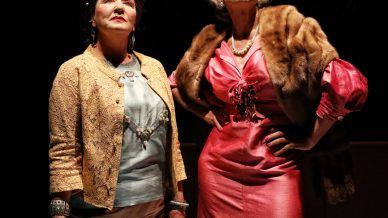 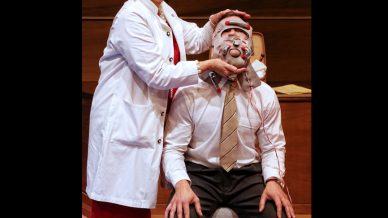 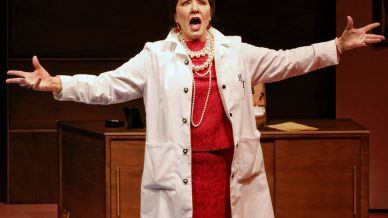 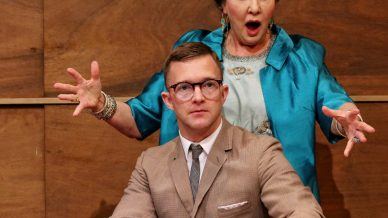 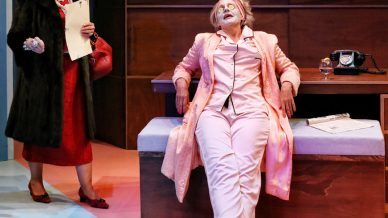 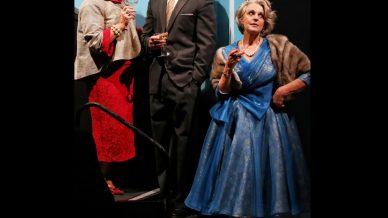 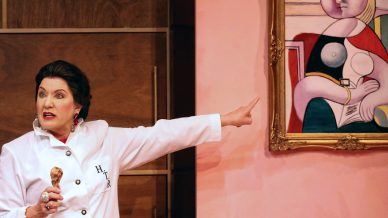 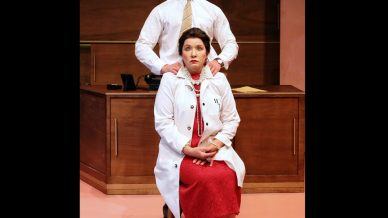 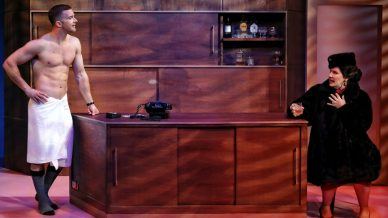 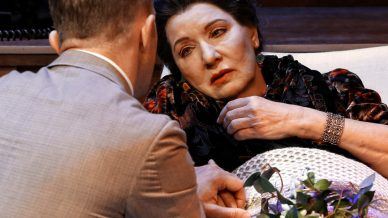