This Williamson Wednesday, it’s time to chuck on your sequins, some six inch heels and get ready to boogie because today we’re putting the spotlight on MANAGING CARMEN. Brent is an AFL superstar. He’s the captain of his team, already a dual Brownlow medalist and said to be the greatest player yet – and he’s only 24. There’s just one thing getting in his way: he can’t sell himself to save his life. And according to his Manager Rohan, if he really wants to reach his earning potential, he’ll have to learn how to perform off the footy ground too. Enter Jessica; a corporate psychologist brought in to help harness Brent’s inner superstar. Turns out there’s something in him after all and it’s a talent for cross-dressing like no other. But when sleazy sports journalist Max comes sniffing around his turf, hiding this secret gets complicated. Layered underneath glitter and sequins, this satirical morality tale about what society prizes most gave us a poignant look into identity and the toxicity of power and bigotry. 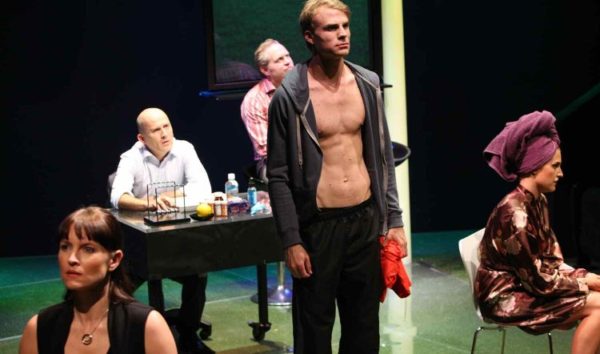