They say communication is the key and in David Williamson’s A CONVERSATION, it’s the catalyst that takes us down the rabbit hole and into the depths of justice and community. Image of the 2001 production

Directed by Sandra Bates in 2001 and re-staged in 2014 at the Chatswood Concourse, A CONVERSATION was the second installment in the Jack Manning trilogy exploring the concept of community conferencing.

Scott is imprisoned for crimes against a young woman and his struggling mother Coral organises a meeting with the victim’s wealthy parents and the prison psychologist who counselled her son. She asks experienced mediator Jack Manning to help out in the meeting, but it’s obvious from the start that Coral may have an ulterior motive. 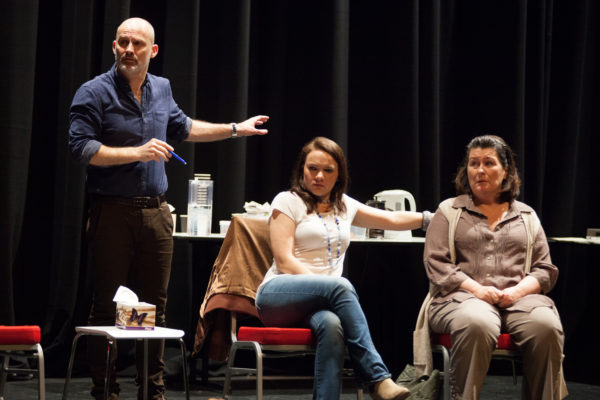 Image of the 2014 production at the Chatswood Concourse

Inspired by the idea of community conferencing and bringing together the victims and perpetrators in an act of reconciliation, A CONVERSATION celebrates the strength of community over our often seemingly unfair court system.

“On the surface these plays deal with the processes and outcomes of ‘community conferencing’ or transformative justice’ in Australian society. Beneath the surface they deliver a roller coaster ride of intense emotions; exposing grief, anger, retribution, love and finally forgiveness and perhaps even redemption.” (Stage Whispers)

Cleverly structured with whip-smart one liners, this emotional tale of community and justice gave us a complex emotional mix of anger, love and shame. After the first staging in 2001, the production set out on a national tour in 2003 visiting venues in NSW, VIC and WA. 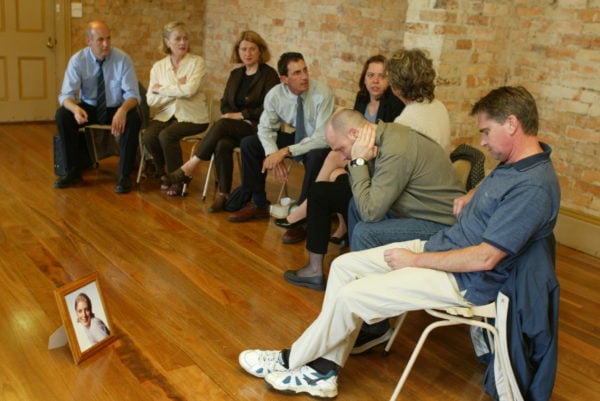 “Bates’ production… is compelling. Her scoring of some dialogue so it overlaps is highly effective and deftly executed, and the cast is strong enough to sometimes impale us on the grief and to let us feel the flicker of relief, hope and warmth” (Sydney Morning Herald)