Two, one-act plays commissioned to commemorate 100 years since the Anzacs landed at Gallipoli: DEAR MUM AND DAD by Geoffrey Atherden and LIGHT BEGINS TO FADE by Vanessa Bates.

100 years from Gallipoli and what does it all mean now?

To commemorate the centenary, Ensemble Theatre has commissioned two one-act plays, but this is not some dry lesson in Australian history. The past is made new in these two original productions.

In DEAR MUM AND DAD Holly discovers a long forgotten letter and her great-granddad’s secret is finally uncovered.

The lyrical LIGHT BEGINS TO FADE follows a roomful of TV writers as they try to adapt the Gallipoli story for today’s audience. Meanwhile, the bloody past starts to haunt the present…..

Contains some mild language. Strobe lighting and theatrical water based haze used in this production.

“Terrific…worth seeing.  Bates's writing is vivid, direct and has the glint of poetry.” The Australian

“Artful and poetic. Hegh shines, as she almost always does, capably supported by Beecroft, Amy Mathews and David Terry, whose comic touch lights up whatever character he's playing - especially the dreadlocked ghoul from Turkish mythology.” SMH

“The Anzac Project has been given a strong production by director Mark Kilmurry, who has injected the two pieces with a cracking pace and high stakes.” Daily Review

“Highly atmospheric and evocative.  You will come away with a strong sense of the dilemmas faced by soldiers, nurses and families during times of conflict and war. And with even more respect for the great Anzac Day tradition.” Sydney Arts Guide

“A centennial commemoration of the 1915 Battle of Gallipoli, an event deeply meaningful to many Australians....Emotionally engaging…The cast of four is passionate and lively, with David Terry's exuberance often stealing the show…Anita Hegh's versatility comes into full view with her portrayal of seven characters, each with a distinctive flavour and individual authenticity.”  Suzy Goes See

“A satisfying evening's theatre. The interweaving of the past and the present cleverly conflates memory and reality.” Canberra Critics Circle

"We get two views over the most dramatic historical landscape in our national psyche." Time Out

"A unique portrait of conflict, war, cultural memory and the act of commemoration. Mark Kilmurry directs with economy and simplicity." The Spell Over Waking Hours 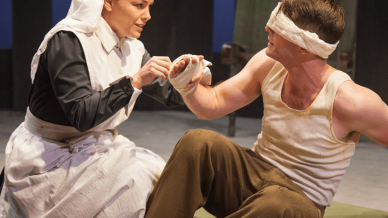 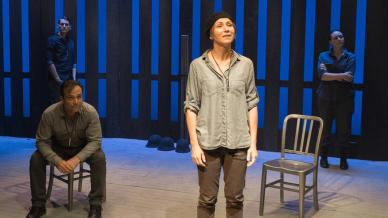 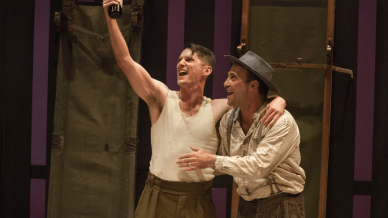 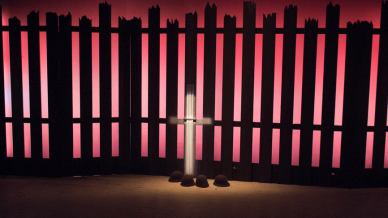